A Japanese tea ceremony lesson was held on July 10, and 12 international students participated. We visited Mr. Harada who is professional of "Urasenke", which is one of the tea schools.
At first, we learned the history of Sado (Japanese tea ceremony). And then we had Matcha (Japanese green tea) and Japanese sweets. There are two types of Matcha, one is Usucya, which is light taste and the other is Koicya, which is strong taste. Students were surprised at the differences between Usucya and Koicya, because Koicya is stronger and bitterer than Usucya.
Although it was the first time for students to make sounds of slurping when they drink tea, they could make the sounds very well. Lastly, we moved to a Japanese garden and a teahouse. When we entered the teahouse, Mr. Harada explained a spirit of equality at a teahouse.
This precious experience of Japanese tea ceremony lesson made students more interested in Japanese culture than before. 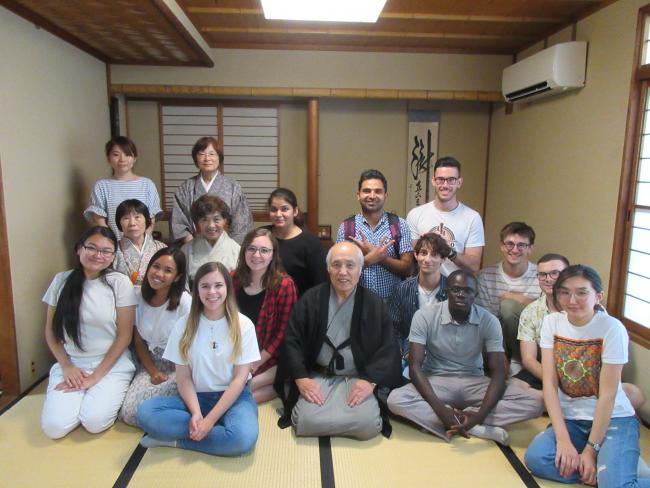 A group photo with Mr. Harada

Back to International Relations News