In Aug. 2015, Dr. Akimasa Hirata has been awarded with Technical Achievement Award from IEEE Electromagnetic Compatibility Society , with citation 'For contribution to computational dosimetry and standardization for human exposure to electromagnetic fields'. 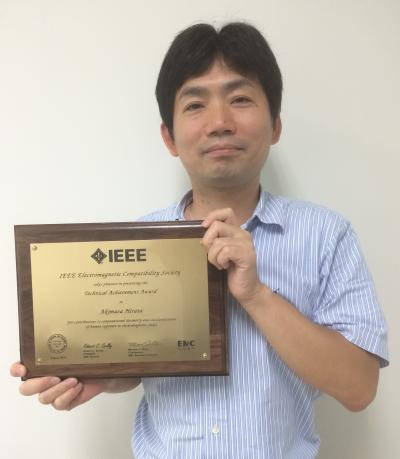