A lot of our medicines and other bioactive drugs are based on chemical structures called "enantiomers"ー molecules that are mirror images of each other and are non-superimposable. Notable among them are chiral N,N-acetals contained in diuretic drugs like bendroflumethiazide and thiabutazide, used to treat high blood pressure and edema. Because an enantiomer and its mirror image version often have different biological activities, with only one of them having pharmacological utility, an "enantioselective" or asymmetric synthesis yielding the desired enantiomer in greater amounts is highly desirable.

In the case of N,N-acetals, several studies have demonstrated their enantioselective preparation from aldehydes, aldimines, or enamines. However, in all these cases, their reaction partner has been limited to aldehyde or imines. While ketones have been employed, with instances of successful enantioselective N,N-acetal synthesis, their useーin generalーis not considered effective.

In a recent study published in Advanced Synthesis & Catalysis, scientists from Nagoya Institute of Technology (NITech) and Osaka University in Japan explored this situation with an enantioselective synthesis of chiral N,N-acetals from α-dicarbonyl compoundsーcompounds with two carbonyl (ketone) groups on the α-carbonーin presence of chiral imidazoline phosphoric acid catalysts, and obtained yields as high as 99% with a maximum enantiopurity of 96%.

"Our study presents the first highly stereoselective formation of chiral N,N-acetals from α-ketoesters using an original catalyst that can be used for other stereoselective synthetic reactions as well," says Prof. Shuichi Nakamura from NITech, who led the study.

Scientists next examined the reaction of various aminobenzamides (bearing either an electron-donating methyl group or electron-withdrawing fluoro, chloro, and bromo groups) with different α-ketoesters (containing the same benzhydryl group but different functional groups in place of an earlier phenyl group) keeping the same bis(imidazoline)-phosphoric acid catalyst with 1-naphthalenesulfonyl group. All the combinations showed good yield (77-95%) along with high enantioselectivity (82-96%).

In addition, the team looked at the enantioselective synthesis of N,N-acetals via the reaction of N-benzyl isatin (a cyclic α-ketoamide), benzil (an acyclic diketone), and benzaldehyde with 2-aminobenzamide for the same catalyst. All three reactions yielded products with high enantiopurity (91-93%).

The team also proposed a possible mechanism for the N,N-acetal formation reaction corresponding to the best yield (99%), involving a ketimine intermediate with an amide group that helps avoid steric repulsion between the phenyl group on imidazoline, enabling the formation of an (R)-isomer with high enantiopurity.

While the mechanism is still speculative and requires further investigation, scientists are excited about the potential implications of the experimental results. "Our new method will enable the synthesis of candidate pharmaceutical drugs that are currently difficult to synthesize, and can even potentially help create and provide people with new and better medicines in the future," concludes Prof. Nakamura.

Now, those are some promising consequences to look forward to! 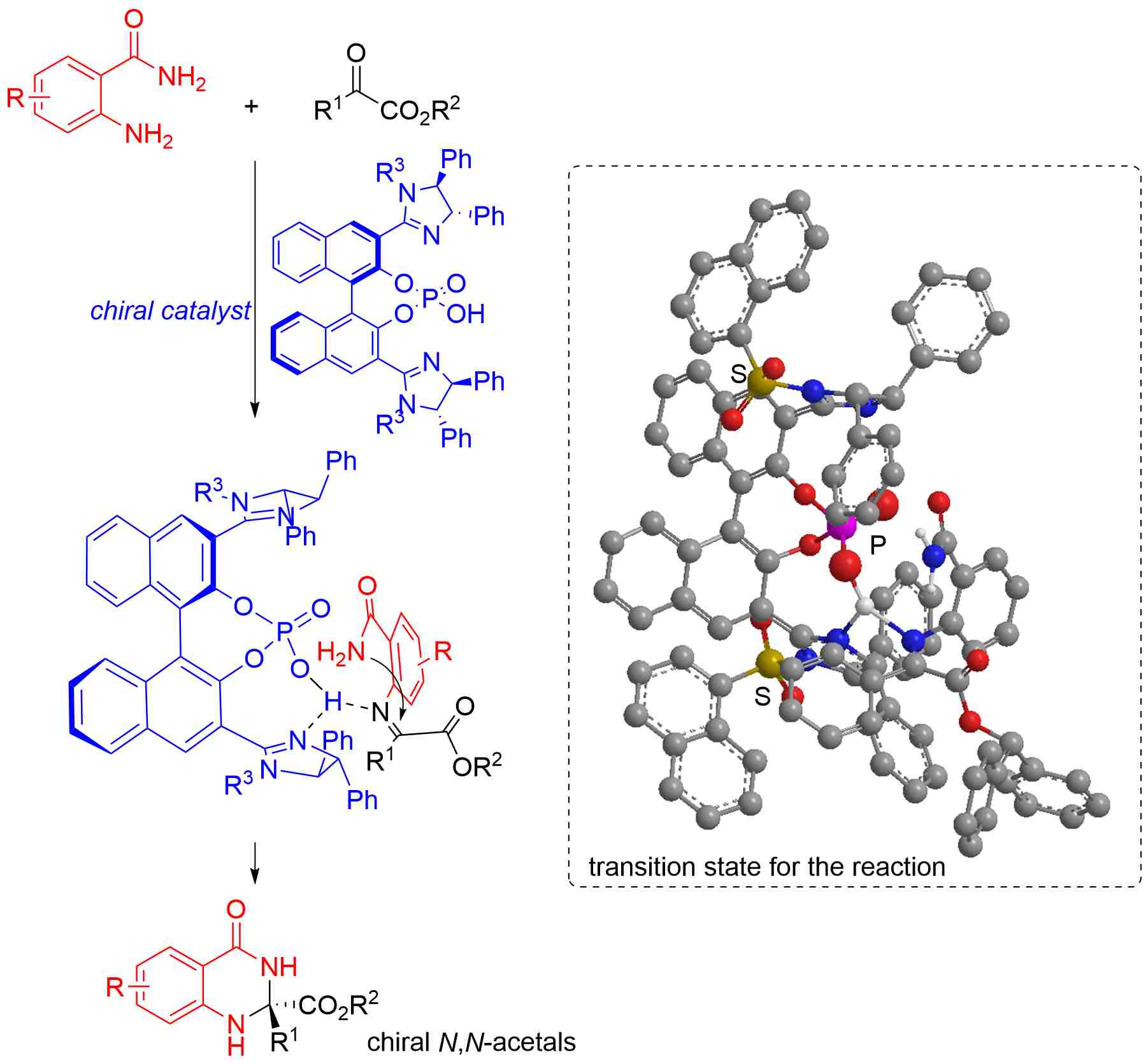 Dr. Shuichi Nakamura is Professor at the Department of Life and Materials Chemistry at Nagoya Institute of Technology (NITech), Japan. He studied organic chemistry at NITech, where he received his PhD in 2001 and joined as Assistant Professor in the same year. His current research interests include asymmetric reactions and asymmetric catalysts. He has received the Inoue Research Award for Young Scientists (2001) for his Ph. D. thesis and several others. He has 145 publications to his credit with over 6000 citations and has co-authored 7 books.

This study was supported by the Takahashi Industrial and Economic Research Foundation and the Astellas Foundation for Research on Metabolic Disorders.