RESEARCH NEWS - Through the Looking Glass: Unravelling How Ions Move in Phosphate Glass

Phosphate glass is a versatile compound that has generated interest for its use in fuel cells and as biomaterials for supplying therapeutic ions. P2O5-the compound that forms the structural network of phosphate glass, is made up of phosphorus, an element that can adopt many different bonding configurations in combination with oxygen.

The physicochemical properties crucial for the real-life applicability of phosphate glassーfor instance, the hydration reaction dictating how quickly a phosphate glass-based biomaterial will dissolve inside the bodyーdepends on the diffusion of ions into the glass. Thus, to improve the physicochemical properties of phosphate glasses, it is important to understand the relationship between the structure and ion diffusion. However, studying such interactions at the atomic level is extremely difficult, prompting scientists to search for a suitable approach to illuminate the details of the ion diffusion process.

Recently, a team of researchers from Nagoya Institute of Technology, Japan, led by Dr. Tomoyuki Tamura, has theoretically deciphered the ion diffusion mechanism involved in the hydration reaction process of phosphate glasses. Their study has been published in the Physical Chemistry Chemical Physics journal.

In fully connected P2O5-based phosphate glass, three of the oxygen atoms in each phosphate unit are bonded to neighboring phosphorous atoms. To study the dynamics of ions in the phosphate glass during the hydration process, the researchers used a model made of phosphates with QP2 and QP3 morphologies, that contain two and three bridging oxygens per PO4 tetrahedron, respectively, along with six coordinated silicon structures.

The researchers implemented a theoretical computational approach known as "first-principles molecular dynamic (MD) simulation" to investigate the diffusion of proton and sodium ions into the glass. Explaining the rationale for their unconventional approach, Dr. Tamura says, "First-principles MD simulation enabled us to assume the initial stage of water infiltrating and diffusing into silicophosphate glass and elucidate the diffusion of protons and inorganic ions for the first time."

Based on their observation, the researchers proposed a mechanism where the protons "hop" and are adsorbed onto the non-bridging oxygen or "dangling" oxygen atom of nearby phosphates through hydrogen bonds. However, in the phosphate glass model they used, the QP2 phosphate units contributed more strongly to the diffusion of protons than the QP3 phosphate units. Thus, they found that the morphology of the phosphate network structure, or the "skeleton" of the glass, greatly affects the diffusion of ions. They also noticed that when a sodium ion was present in the vicinity, the adsorption of a proton onto a QP2 phosphate unit weakened the electrostatic interaction between sodium and oxygen ions, inducing the chain diffusion of sodium ions.

The demand for new biomaterials for effective prevention and treatment is on the rise, and phosphate glasses are well-poised to fulfill this growing need. A large proportion of the population, comprising both elderly and younger people, suffers from diseases related to bone and muscle weaknesses. As Dr. Tamura surmises, "Water-soluble silicophosphate glass is a promising candidate for supplying drugs or inorganic ions that promote tissue regeneration, and our study takes the research in glass technology one step nearer towards realizing the goal."

Thus, the researchers' novel insights are bound to have profound real-life impact and lead to breakthroughs in research on fuel cells and bioresorbable materials! 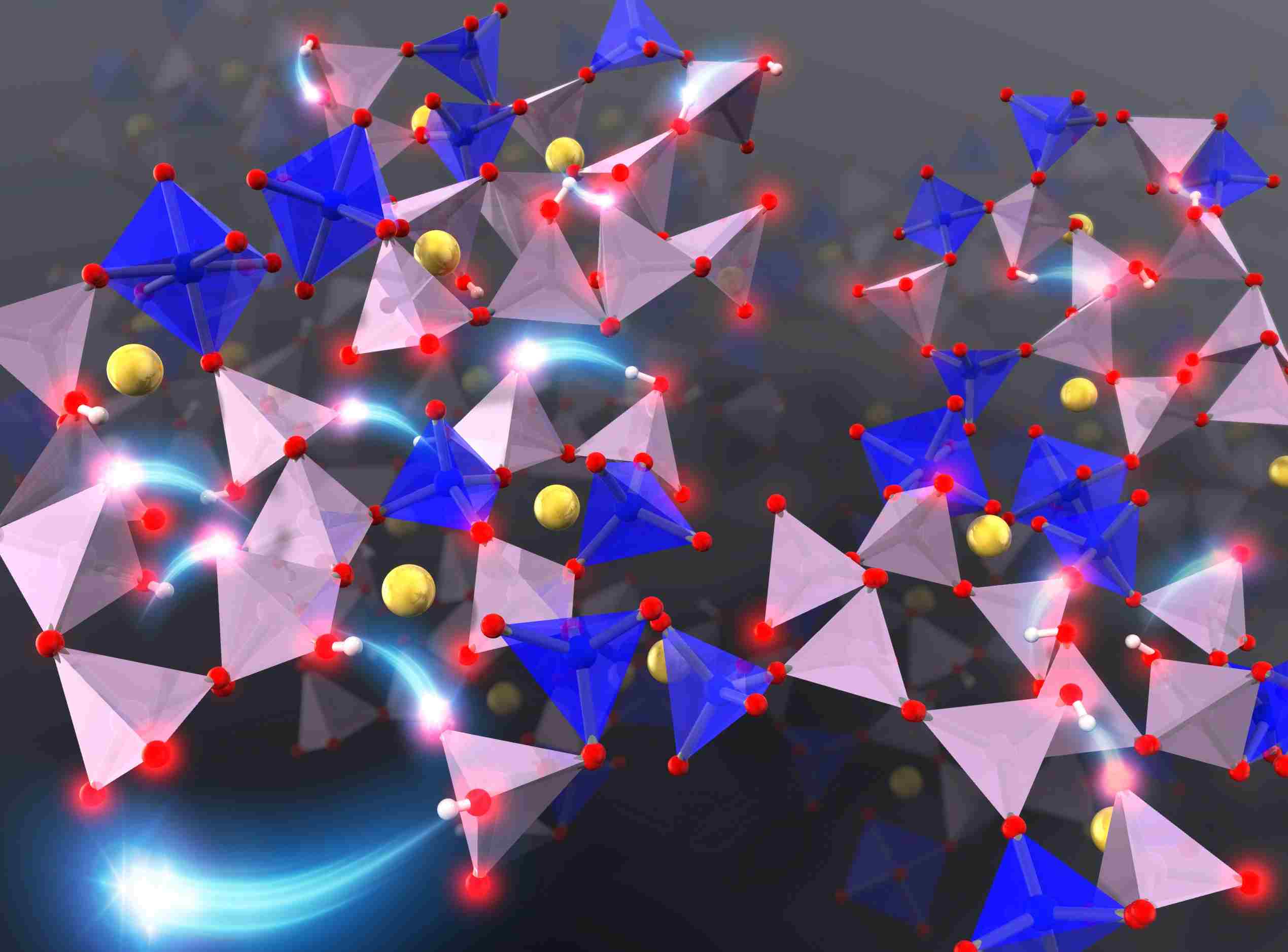 Dr. Tomoyuki Tamura is an Associate Professor at Nagoya Institute of Technology, Japan. Dr. Tamura is an active member of the research group of Department of Physical Science and Engineering. He earned his doctoral degree from The University of Tokyo Graduate School, Division of Engineering in 2004 and then continued his career as a researcher. His areas of interest include machine-learning based first-principles simulations, machine-learning based modeling, computational design of ion-conductive materials, and grain-boundary properties. As an expert in his field, Dr. Tamura has authored more than 50 scientific publications in reputed research journals.

Dr. Toshihiro Kasuga is a Professor at the Department of Life Science and Applied Chemistry, Nagoya Institute of Technology, Japan. Prior to this, he worked for HOYA Corporation in from 1983 to 1991. He received his Dr. Eng. from Osaka University in 1993. Dr. Kasuga's areas of expertise include biomaterial science and engineering, inorganic amorphous materials, and phosphate-based functional materials. He has authored several textbooks and over 300 papers on these topics, which have been published in journals of international repute.