Video produced under Prof. Keiko Kawashima's leadership, "Mother and I Hiding in the Attic," going live

Professor Keiko Kawashima of the Graduate School of Engineering represents the committee for the production of "Mother and I Hiding in the Attic―impressions of a little child who survived the Holocaust to become a Nobel Laureate." It is a video presentation of three poems written by Dr. Roald Hoffmann (*1), a recipient of the Nobel Prize in Chemistry and a poet and playwright. This video has been recently completed and uploaded on YouTube.

The three poems in the video are taken from Dr. Hoffmann's collection of poems on the theme, also explored in his play "Something That Belongs to You" (*2)―a lived experience of World War II. This play was translated into Japanese by Prof. Kawashima and put on stage in 2016 at NITech as one of the events commemorating its foundation, andperformed in 2017 for the general public. The three poems are titled "Fields of Vision," "Flat Stones Beg to Be Recycled," and "The Gaze." The illustrations that appear with the end credits of the video were drawn by Emi Higashiura, a NITech graduate.

We invite you to view the video and enjoy a beautiful fusion of poetry, cinematography and music.

【Prof. Kawashima's message】
It's been a while since Dr. Hoffmann's play, set in Ukraine during World War II, was performed at NITech. I had always wanted to put the poems in the play into images. Each time a news story arrives from one of the currently occurring war scenes around the world and I see images of scared children on the screen, I am reminded of this little boy in these poems. War always hurts the weakest people the most, and most of them are never able to raise their voices. The following words of Dr. Hoffmann that appear in the video are among the words that the survivors have finally gathered the strength to pronounce: 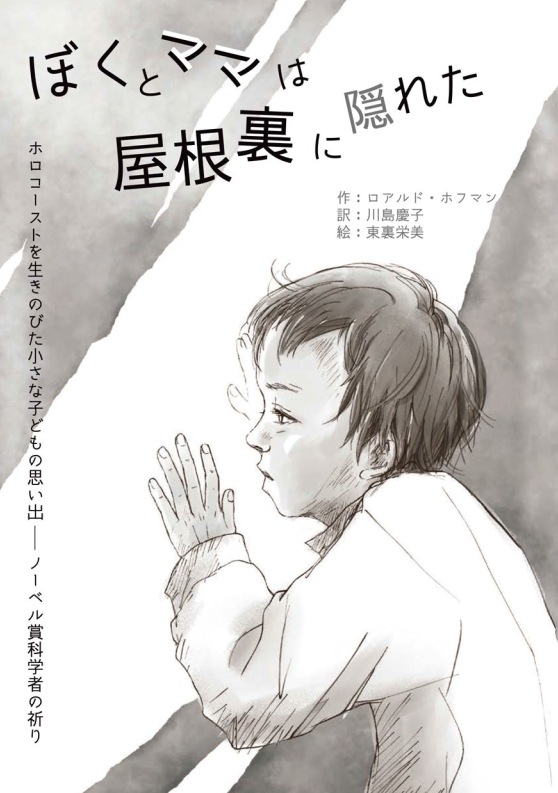 Collection of poems: Mother and I Hiding in the Attic

*1  Roald Hoffmann: A renowned scientist and the co-recipient of the 1981 Nobel Prize in Chemistry, Dr. Hoffmann is also a poet and playwright. His play "Something That Belongs to You" was performed in Japanese at the Nagoya Institute of Technology as one of NITech's 111th anniversary commemorative events in 2016. The premier performance was preceded by a special lecture by Dr. Hoffmann in person.

*2 "Something That Belongs to You": This is an autobiographical play by Dr. Hoffmann. In 38 short scenes, there emerges in the play a story of survival in World-War II Ukraine, of struggles to remember and forgive. The underlying themes are of coming to terms with great loss, and of the choices, always there, that human beings must make between good and evil in terrible times.