One of the most prominent evils of rapid industrialization has been the emission of toxic pollutants into the surrounding biosphere, with often disastrous consequences for human beings. Several industrial processes, such as chemical manufacturing and printing, along with facilities such as power plants emit volatile organic compounds (VOCs) that are known to be cancer-causing and raise an important environmental issue in need of a solution. Traditionally, VOCs are controlled via a process called "catalytic oxidation," in which they are converted into benign materials in the presence of noble metal (e.g. gold, silver, and platinum) nanoparticles. However, the process is expensive and requires a fine-tuning of nanoparticle characteristics. Thus, a catalytic process not requiring noble metal catalysts is highly desirable. While transition metals and their oxides are a possible alternative, they require complex syntheses and precise chemical composition control.

So, can we do better than this? Turns out, we can! A team of scientists led by Prof. Takashi Shirai from Nagoya Institute of Technology (NITech), Japan, reported a complete catalytic decomposition of VOC using an inorganic compound called "hydroxyapatite" (HAp), a naturally occurring form of the mineral calcium phosphate that makes up most of the human bone structure. "HAp is made of elements abundant in nature, is non-toxic and exhibits high biocompatibility. Our results, thus, opened up a new possibility for designing cheap, noble-metal-free catalysts for VOC control," says Prof. Shirai.

In a new study published in Scientific Reports, Prof. Shirai and his colleague Yunzi Xin from NITech now take things further by tailoring the "active surface" of HAp using a mechanochemical treatment under ambient conditions that leads to a highly efficient catalytic oxidation of VOC with 100% conversion to harmless compounds! Specifically, they mixed initial HAp with ceramic balls in a vessel and conducted "planetary ball milling" at room temperature and ambient pressure. This essentially altered the chemical structure of HAp and allowed for its selective tailoring by simply changing the ball size.

They observed a predominance of oxygen vacancy formation in the PO43- (triply charged PO4) site along with an enhanced basic site population caused by a selective mechanochemical activation of the c-plane (plane perpendicular to the symmetry axis) of the hexagonal HAp crystal and attributed it to the excellent catalytic conversion of VOC to CO2/CO.

The results have excited scientists about the future prospects of HAps. "We expect that our catalyst will contribute significantly to VOC controlling and environmental cleaning all over the world by next decade, achieving the sustainable goals of clean air and water, affordable energy, and climate action," comments Prof. Shirai, excited.

Indeed, this is one huge step towards a more eco-friendly society! 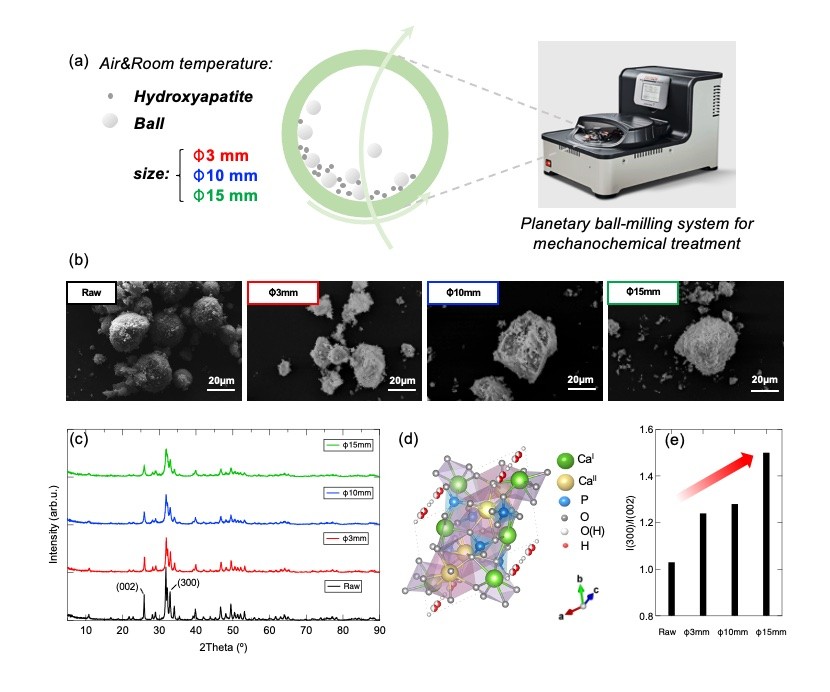 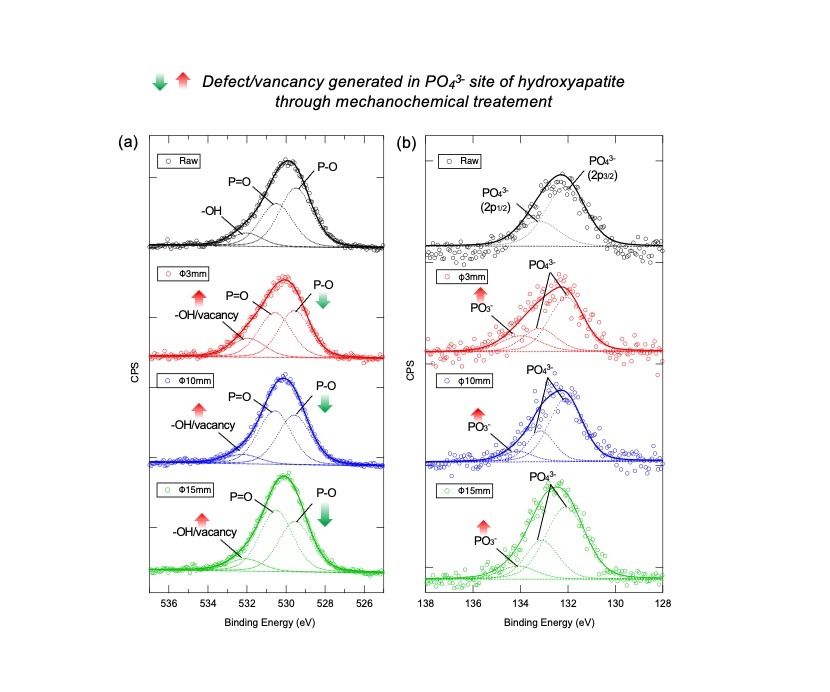 Figure 2. X-ray photoelectron spectra of (a) O 1s and (b) P 2p orbitals of raw and mechanochemically treated HAps.

Scientists investigated the chemical structure change of HAp post ball-milling through XPS characterization and concluded from the observations that the mechanochemical process creates surface defects/oxygen vacancies predominantly on the PO43- site. 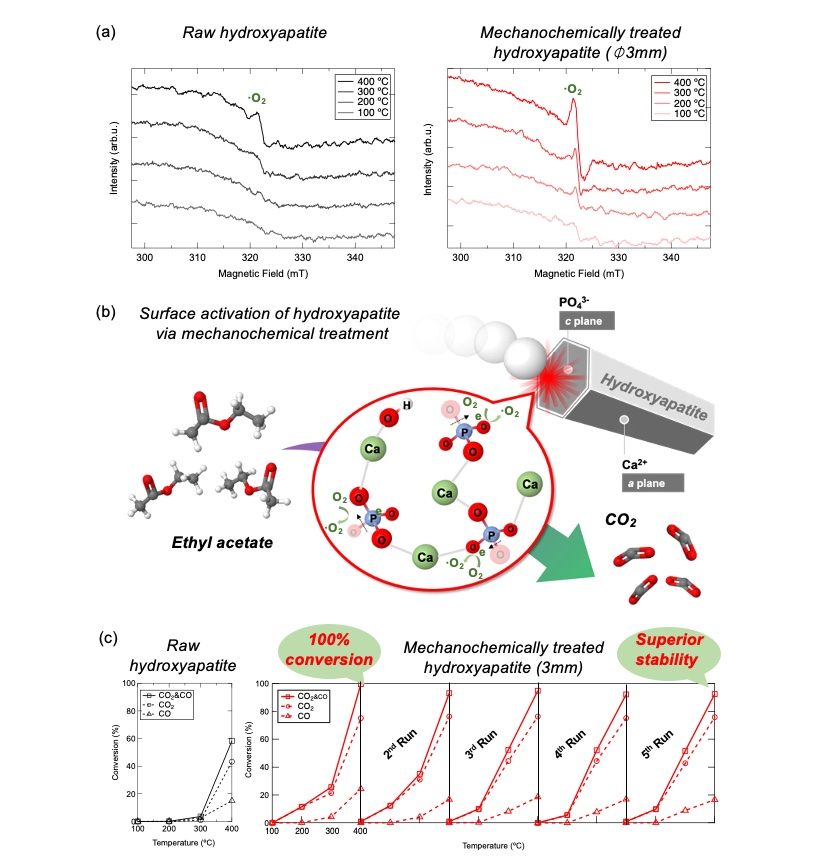 Scientists tested the catalytic performance of activated HAps in oxidative decomposition of VOC at different temperatures using ethyl acetate as a target gas. They found that compared to raw HAp, all activated HAps started decomposing VOC at lower temperatures.

Dr. Takashi Shirai is an Associate Professor at Nagoya Institute of Technology (NITech), Japan at the Department of Life Science and Applied Chemistry and Advanced Ceramics Research Laboratory. He works in the field of Functional materials synthesis, Surface chemistry, and Ceramics engineering. His expertise lies in surface and interface engineering and characterizations of nanostructures and inorganic and composite materials. Assoc. Prof. Shirai has published more than 180 scientific papers in reputed journals, book chapters, and conference proceedings with over 1150 citations and 50 patents to his credit. He has received 11 awards from Ceramics Society of Japan, The society of Powder Technology, Japan, and The Association of Powder Process Industry and Engineering, Japan, among others.

This study is funded in part by A-STEP (Adaptable and Seamless Technology Transfer Program through Target-driven R&D) of JST (Japan Science and Technology Agency).